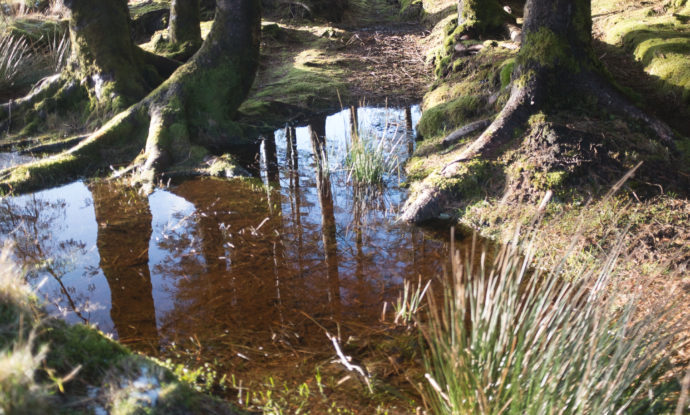 The storm warning was right. I have never seen the car fluctuate so much, not even back then in Spain, at the end of the world. I often woke up, it was too unfamiliar.

I showered extensively in the morning !!! I was still undecided whether I should go around the island right or left. When the sun shone through the clouds, I decided on the left side. On the map I see, on a slightly smaller street, the attraction “Fairy Pools”, cascades with deep blue water. Why not? Oh god, on the otherwise almost deserted route an almost full parking lot. I drive on and discover along this lonely dead end a few beautiful waterfalls.

I do not need the crowds at the pools. So I drive over again. But now the sun comes out of the clouds, maybe, the light could be just right now. So I turn around. On the short hike to the pools I am approached by two pretty redheads, if I could not take a picture of them. Nothing better than that! Somehow they both look like the red-haired mermaid in the movie yesterday, a movie I would hardly have watched under normal circumstances. And that at the Fairy Pools! Too bad I should have plugged in my other lens. I would have liked to take a photo session with them, but neither for this nor for a long talk was it the right opportunity. But a funny little jiffy of life’s surprises. The pools: less spectacular. I took some pictures, hiked around and then drove back. I found a nice place, again alone in the landscape. There was sweet potato with black pudding, roasted pear and a fantastic night sky later.